Horticultural Plastic – What Can Be Done About it?

If you have been reading the headlines at all over the past couple of years, you will be fully aware of the devastating effects of plastic pollution. Plastic pollution can be described simply as the accumulation of plastic objects in the Earth’s environment that have detrimental, often life-threatening consequences for the planet’s wildlife.

Our plastic problem begins, as you may know, with the sheer utility of the material. Due to its durability and inexpensive production process, we generate millions of tonnes of plastic each year. On top of this, the chemical structure of plastic is such that it resists many natural processes of degradation. The upshot: 380 million tonnes of plastic is produced each year globally, much of which simply goes into landfill.

So, as gardeners, what can we do about horticultural plastic to help combat this problem?

Biodegradable (but not compostable) pots are often made with PLA plastic, also called corn starch or plant-based plastic. This is a polyester made from plant material rather than fossil fuels like traditional polyester. These pots are a more eco-friendly alternative to traditional fossil-fuel based plastic pots. It should be possible to reuse them a few times before they begin to break down.

While these pots aren’t hugely popular at the moment given the ubiquity of plastic, they could gain traction if traditional plastic pots were to fall out of favour.

One measure that has been supported by Friends of the Earth is a tax to be put on plastic in an effort to discourage its use and promote an alternative. Obviously, a tax on virgin plastics would make plastic more expensive relative to other materials, meaning that horticultural companies would have to look elsewhere in order to create pots and similar products.

However, the Horticultural Trades Association (HTA) has stated that it will oppose a plastic tax. Raoul Curtis-Machin of the HTA had the following to say about the matter: “Growers have come under relentless cost pressures in recent years and an extra tax would simply drive up prices for consumers”.

While this is true, this doesn’t necessarily address the problem concerning horticultural plastic. As a consumer, how would you feel about a plastic tax? Would the environmental benefits be worth the hike in price? 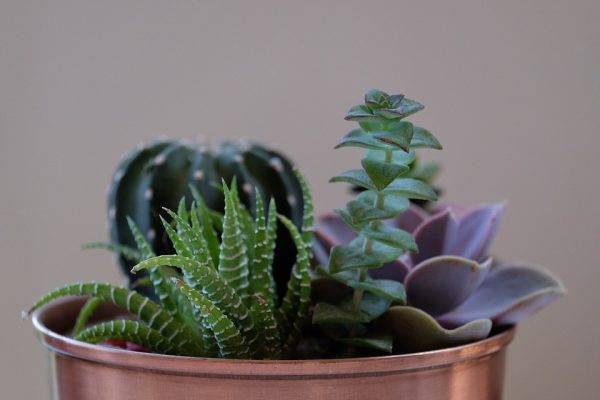 The HTA haven’t neglected the problem, however. Back in March, HTA launched a new plastic recycling scheme, meaning that plant pots, trays and other recyclable materials could be disposed of responsibly.

Partnered with Ecogen Recycling, HTA have offered a solution for their members whereby plastic waste can be picked up in small volumes for which you are charged a set haulage fee. For larger volumes of plastic waste, including things such as hard plastics, cardboard and plastic wrap, members can actually experience financial gain through the process, if the value of the materials exceeds the haulage costs.

We offer a wide range of services here at Creepers Nursery, from the sourcing and growing of topiary specimens to garden design and installation services, so you can be secure in the knowledge that we offer the whole package. We work with the finest growers in the UK too, so you can expect only the highest quality of plants.

With over 20 years of experience in the industry as a specialist wholesale nursery for the luxury garden market, you can trust that a we’re doing our utmost to tackle the problem of horticultural plastic. If you would like to speak to us regarding our efforts, please don’t hesitate to get in touch.

Xylella: What Is It? What Problems Is It Causing? How Can We Solve Them?
The Launch of Creepers London

To plant a garden is to believe in tomorrow.
Audrey Hepburn

These Prunus the bride 350-400cm Multistems are lo

This website uses cookies to improve your experience while you navigate through the website. Out of these cookies, the cookies that are categorized as necessary are stored on your browser as they are essential for the working of basic functionalities of the website. We also use third-party cookies that help us analyze and understand how you use this website. These cookies will be stored in your browser only with your consent. You also have the option to opt-out of these cookies. But opting out of some of these cookies may have an effect on your browsing experience.
Necessary Always Enabled
Necessary cookies are absolutely essential for the website to function properly. This category only includes cookies that ensures basic functionalities and security features of the website. These cookies do not store any personal information.
Non-necessary
Any cookies that may not be particularly necessary for the website to function and is used specifically to collect user personal data via analytics, ads, other embedded contents are termed as non-necessary cookies. It is mandatory to procure user consent prior to running these cookies on your website.
SAVE & ACCEPT
Posting....