Xylella: What Is It? What Problems Is It Causing? How Can We Solve Them?

First discovered in Italy, Xylella fastidiosa is a bacterium which causes disease in a variety of commercial plants, including citrus plants and several species of broadleaf trees widely grown in the UK. While Xylella isn’t currently present in our country, the UK is still on high alert given the significance of the threat.

In this article we’ll be taking an in-depth look at Xyella, detailing what can be done to combat some of the key problems we face as a result of it.

Classed as one of the most harmful plant pathogenic bacteria in the world, Xylella lives in the water conducting vessels (xylem) of plants, moving both upstream and downstream. By doing this, Xylella restricts the movement of water and nutrients through the plant, starving it.

In nature, the bacteria are exclusively transmitted by insects from the Cicadellidae and Ceropidae families, such as leafhoppers and spittlebugs, which feed on plants’ xylem fluid. Although these sorts of insects usually only fly short distances of around 100 metres, the wind can carry them much further than that making infection more widespread.

What problems is it causing?

Discovered in Italy in 2013 when a large group of olive trees in Lecce became diseased, Xylella has since spread throughout Corsica, France and other areas of mainland Europe throughout the following years thanks to a plethora of insect vectors. Given the sheer prevalence of such insects in certain countries, Xylella can spread through woodland areas at an alarming rate, to devastating effect. In the wild this sort of widespread infection tends to occur during warmer seasons, when insect vector populations are at their highest.

Infection by Xylella can result in a number of symptoms, such as leaf scorch, stunted growth, reduction in fruit quality and size and dieback. However, many infected plants demonstrate no symptoms. This can be particularly dangerous, as these plants can provide a reservoir for reinfection of other plants. This cycle can make Xylella extremely difficult to detect and control 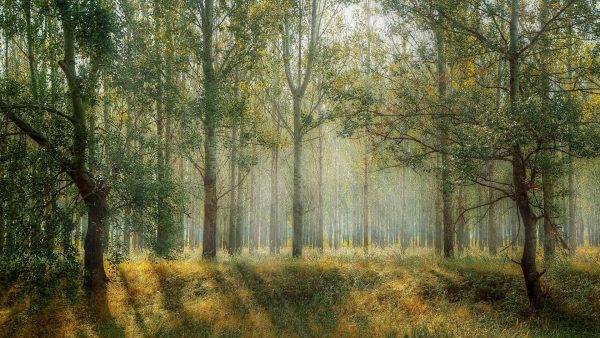 What can we do about it?

Given how difficult it is to identify different instances of Xylella, infection control isn’t always easy, however, it’s certainly very important.

Currently, Xylella is subject to EU emergency measures. The control strategy here primarily aims to keep the bacterium out of its member states with very rigorous inspections. In the UK, landings of Xylella host species, such as elm and oak trees, must be made aware to plant health authorities as quickly as possible. This way, thorough inspections can be made before they make their way into the mainland.

Other regulations include restricted movements of specified host plants from the infected region of Apulia in southern Italy, and from third party countries outside the EU. This further reduces the risk Xylella spreading unchecked.

Based near Weybridge, Creepers are a specialist wholesale nursery for the luxury garden market. We offer a wide range of services, including the sourcing and growing of topiary specimens, garden design and installation services. With over 20 years of experience, we’ve built strong relationships with the finest growers in the UK, so you can expect only the highest quality of plants. For more information about Creepers, don’t hesitate to get in touch.

The Landscape Show 2018
Horticultural Plastic - What Can Be Done About it?

To plant a garden is to believe in tomorrow.
Audrey Hepburn

These Prunus the bride 350-400cm Multistems are lo

This website uses cookies to improve your experience while you navigate through the website. Out of these cookies, the cookies that are categorized as necessary are stored on your browser as they are essential for the working of basic functionalities of the website. We also use third-party cookies that help us analyze and understand how you use this website. These cookies will be stored in your browser only with your consent. You also have the option to opt-out of these cookies. But opting out of some of these cookies may have an effect on your browsing experience.
Necessary Always Enabled
Necessary cookies are absolutely essential for the website to function properly. This category only includes cookies that ensures basic functionalities and security features of the website. These cookies do not store any personal information.
Non-necessary
Any cookies that may not be particularly necessary for the website to function and is used specifically to collect user personal data via analytics, ads, other embedded contents are termed as non-necessary cookies. It is mandatory to procure user consent prior to running these cookies on your website.
SAVE & ACCEPT
Posting....